The Department of Information Technology was established in the year 1999. Our Mission is to provide quality education to the students and impart IT excellence in them. Apart from making them good technocrats, we also provide individual attention to make them good citizens of our nation to serve the industry and society constructively.

Drawing upon SSNCE’s tradition of teaching excellence, the department with 30 faculty members and 480/600 students of UG, PG, Ph.D/M.S research scholars, JRF and Project Staff work closely together in an open, collegial atmosphere. With Anna University’s curriculum, the department places equal emphasis on theoretical and experimental Information Technology. The department has state-of-art facilities in various labs, a well-equipped seminar hall and a conference room, class rooms to support e-learning and a department library.

Programmes offered by the department are:

Warmest Congratulations on your Achievement!!! 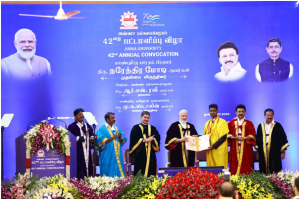 During the ceremony, the PM addressed the audience and distributed the awards, medals and certificates to 69 gold medalists. Naveen S (2017-2021 Batch – B.Tech IT) of SSN College of Engineering, was awarded the First Rank and University Gold Medal in the Degree of Bachelor of Technology in Information Technology among 3821 candidates by our Honorable Prime Minister of India.

Congratulations Naveen on your well-deserved success. Wishing you the best for every step in your journey. Go and conquer your dreams. –Department of IT 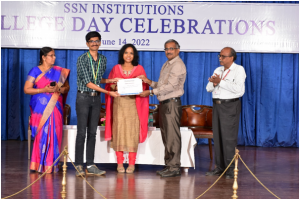 Congratulations Aadhithya!  All the best to you as you continue to learn and grow each day. Wishing you well for your continued success– Department of IT

The Department of IT congratulates Aadhithya B Kailash, Final Year IT Student (2018-2022 Batch) who has won the Richard E. Merwin Student Scholarship worth USD1000 from the IEEE Computer Society, USA. This scholarship is offered in recognition of his exemplary involvement in student chapter activities, his excellent academic achievement, and willingness to act as a student ambassador.

Congratulations Aadhithya!  You have made everyone proud by getting this scholarship. We wish you great success, even higher achievements, and a prosperous and brilliant future – Department of IT

The Department of IT congratulates Yuvan Arvind, Sayeeshwar Kumar, Vedh Vijay and Nivas Muthu of 2019-2023 Batch who have founded “TickEth” – a Web3 startup which was selected for the first cohort of the Antler India Fellowship. Antler is a global early-stage VC enabling and investing in the world’s most exceptional people. Antler India Fellowship is designed as a space for students to experiment, fail and learn as they turn their ideas into a business. 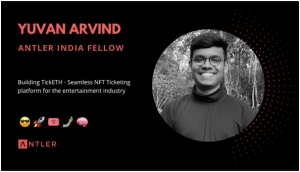 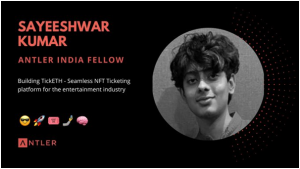 Congratulations on your new venture. Wishing you all the best to achieve a lot more in your future endeavours – Department of IT 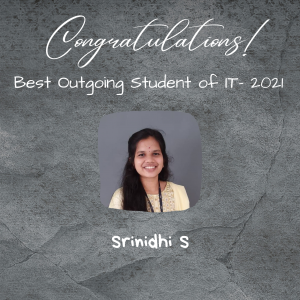 For more information on IT Department