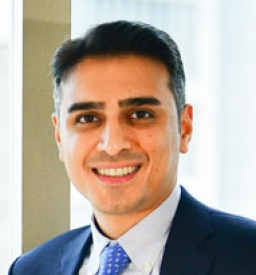 Shikhar Malhotra is the Director and Board Member of HCL Corporation, the holdco for HCL’s operating companies. HCL has a distinguished lineage as one of India’s original technology garage start-ups, founded by Shiv Nadar. He is also on the board of HCL Technologies, a $11.8 Billion global technology firm with over 211,000 professionals operating from 52 countries.

Shikhar serves as the Vice Chairman & CEO of HCL Healthcare, one of India’s largest corporate health solutions firms, providing end-to-end healthcare solutions with a vision to make corporate India a healthier place. Today, HCL Healthcare is delivering personalized, sustainable and managed care health solutions to organizations across sectors including technology and banking. It has eight world-class corporate health centers across the country serving over 70,000 families.

As a Trustee, Shikhar plays multiple roles at the Shiv Nadar Foundation including shaping its vision of nation building through transformational leadership. Shikhar is the founding CEO of Shiv Nadar Schools (established in 2012), having led them to become one of the most coveted schools in the National Capital Region of Delhi, and consistently recognized among the top schools in the country. The Shiv Nadar Schools are known to push the benchmarks in education to impart critical life lessons and making students future ready for a complex global environment. Under his leadership, the Shiv Nadar School is expanding its footprint to Chennai, with the first School being established in the city at the historic and serene campus of Theosophical Society in Besant Garden.

In September 2018, Shikhar took over the role of the Pro Chancellor of Shiv Nadar University, India’s youngest university chosen as an Institution of Eminence by the Government of India. Today, SNU is one of the only eight private universities in the country acknowledged for being on an accelerated path to emerge as a world-class research-based, multidisciplinary institution.

Passionate about wildlife and conservation, Shikhar co-founded The Habitats Trust in 2018 with his wife Roshni Nadar Malhotra. The Trust is empowering on-ground conservationists to achieve its vision of securing India’s natural habitats and their indigenous species.

Shikhar comes from an entrepreneurial family, raised in Kuwait. His early lessons as an entrepreneur were learnt at his family business and were later sharpened at Babson College in the US, with a specialization in entrepreneurship.

Shikhar is passionate about sports and football in particular. He is married to Roshni Nadar Malhotra and they have two sons.